Gary Borger has developed a reputation as one of the most respected family law attorneys in South Jersey. Throughout his 37 years of practice, Mr. Borger has represented both men and women in simple and complicated divorces. He is one of the state’s leading divorce attorneys, handling alimony, child support, child custody and parenting time (visitation) disputes, court applications for a parent to move out of state with the children, division of property and debt incident to divorce, including cases involving businesses and professional practices, and applications to the court for protection from domestic violence and abuse as well as defense of domestic violence complaints. Mr. Borger also has substantial experience in negotiating and drafting pre-marital and cohabitation agreements as well as marital settlement agreements incident to separation and divorce.

Having had mediation training at the Harvard Law School, and recognizing that contentious, litigated divorces benefit no one, and often cause more harm than good, Mr. Borger offers clients the option of mediating rather than litigating family law disputes. Recognized for his work in this area, Mr. Borger was recently selected by SJ Magazine as a Top Attorney in the area of mediation.

Mr. Borger also has been trained in and, as a founding member of the South Jersey Collaborative Law Group, practices and is committed to Collaborative Divorce in appropriate cases. This is a more civil, less expensive, quicker and better way to resolve legal issues between divorcing spouses. Resolution is accomplished by the spouses reaching an agreement through a series of meetings with both the parties and their attorneys present, with all working collaboratively to reach a mutually agreeable and beneficial settlement. The spouses and attorneys commit in writing to focus only on settlement rather than litigation of each aspect of ending the marital enterprise with a focus on each spouse beginning life anew on his and her own. Divorce coaches (psychologists, social workers, and other mental health professionals) sometimes are used to make the process work more smoothly and better for the parties and their children.

Mr. Borger is active in Family Law bar associations, both at the national, state, and county levels. He is a member of the American Bar Association, Family Law Section; New Jersey State Bar Association, Family Law Section (past member of the Executive Committee); the Camden, Burlington, and Gloucester County (NJ) Bar Associations and Family Law Bench-Bar Committees; and has volunteered to serve on the Early Settlement Panels (ESP) of Burlington, Camden & Gloucester Counties. Mr. Borger also was a guest lecturer in family law for 15 years at his alma mater (the Temple Law School, now the James E. Beasley School of Law at Temple University) (J.D. 1976). Mr. Borger currently trains lawyers at professional continuing education courses in family law conducted by the American Bar Association; the NJ Institute for Continuing Legal Education (ICLE); and The Sharper Lawyer; and has lectured to the South Jersey Psychological Association.

After serving in the U.S. Army from 1968 to 1971, Mr. Borger completed his undergraduate education as a 1972 graduate of Rutgers University (psychology major), and completed his legal education at Temple Law School in 1976. Mr. Borger then clerked for the Honorable Paul A. Lowengrub, Judge of the Superior Court of New Jersey (now deceased), then sitting in the Matrimonial Division of the court in Camden County before entering the private practice of law in 1977.

Mr. Borger is a jazz fan and jazz trumpet and flugelhorn player and enjoys riding his Harley Davidson motorcycle. 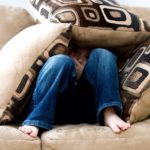 The Top 2 Fears Kids Have About Divorce 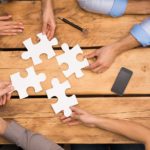 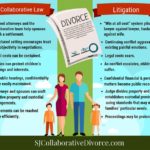 How Collaborative Law Is Different Than Litigation 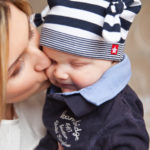 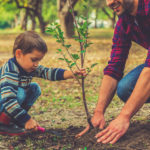 Collaborative Divorce: An Investment In Solutions Rather Than Accusations 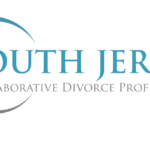 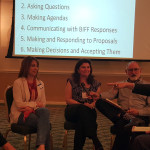 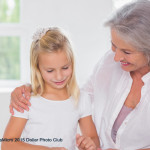